Even a pro gambler and 26-year handicapping legend Joe Duffy admits he is never too old or too good (though bookmakers think he's too great) to learn from others. Duffy explains one he did learn from.

For all the winners this weekend. It is shaping up to be a splendid weekend in college and pro football betting and it all starts out with the Thursday Night Football winner on Arizona-Seattle side. Yes the week that sees the College Football Game of the Year gets started from the NFL specialist. As Joe Duffy's Picks has dominated the NFL since the mid-1980s scorephone days more than any handicapper has in any sport. Get the picks now from Joe Duffy's Picks
Posted by Critical Sports Betting Info at 10:40 AM

This week’s football schedule includes a contest between Cincinnati Bengals and Buffalo Bills. Vegas and online oddsmakers have the point spread Cincinnati (-7) with a total of 41.5.

Let’s take a look at the football wagering match-up using key numbers employed by professional gamblers courtesy of what online bookies do not want bettors to know.

In comparing yards per rush on offense, the better numbers belong to Buffalo by .7. As far as passing yards per completion on the offensive side of the ball, the upper hand is for the Bills again by .4. However, keep in mind that Bills starting QB E J Manuel is out. He obviously compiled the passing statistics. According to yards per point, the more efficient offense is Buffalo by 2.0. 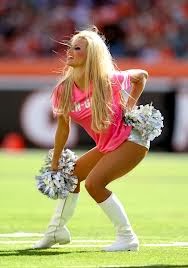 Defensively the more stingy team based on yards per rush is a dead heat, each allowing 2.9. The better defense in terms of passing yards per completion is Cincinnati permitting 2.2 fewer. The yards per point statistic used by the best sports handicappers says the superior defense is Cincinnati forcing 3.5 more. The turnover department upper hand belongs to the Bills by five.

Yards per point is determined by dividing total yards by number of points. Offensively a lower number is considered more efficient. On defense, a higher number is better.

Posted by Critical Sports Betting Info at 6:28 AM