None of the major sportsbooks have released divisional odds yet, but the odds to win the Southeastern Conference football title 2015 are posted. In the below video, Grandmaster Sports Handicapper Joe Duffy focuses on what bettors should look out for from both a spread and totals betting standpoint.
The SEC West preview is forthcoming, but here are the odds and some bullet points for the SEC East:Though the top two contenders are from the West: the state of Alabama in fact, Georgia is given the best chance from the inferior division at 5/1.In the video preview, the top sports betting expert in college football explains that with the dominant running game and improving defense, put a checkmark next to the Dawgs to be an UNDER team among other likely betting tendencies.Tennessee is next insofar as divisional contenders at 10/1.

The Vols go from hunter to hunted. Can QB Joshua Dobbs, who went from third in depth chart to star of rising SEC contender, show he is no fluke? It is a watershed year for Butch Davis’ squad with 17 starters back from 7-6 straight up team. Because they are everyone’s chic dark horse, look for them to be “predictably unpredictable,” further explained in the broadcast.

As far as linemakers are concerned, five of the six biggest long shots to win the SEC are from the East.Will Missouri surprise for the third straight season? Oddsmakers give them minimal respect again at 18/1. They lost three starting WRs in consecutive years, leaving just 10 career catches among returnees. They have an unproven OL, however their LBs are very good. Pro gamblers see a regression to the mean, but HC Gary Pinkel has proven experts wrong, so keep an eye on them as money line underdogs.

The Will Muschamp experiment at Florida is over. The second coming of Ron Zook’s “defense wins” philosophy, the Gators were stout when the other team had the ball, but again we find out winning with defense requires a great offense. Of course Joe Duffy's Picks clients will miss one of our favorite head coaches to fade.The talent is still much stronger on defense, but the coaching upgrade alone will improve offensive production.

Tough to get a handle on O/U but coaching upgrade means the Gators will be sounder. At 30/1, despite the brand name, the Gators will be undervalued.South Carolina is also 30/1. USC lost QB Dylan Thompson, all-time single season passing leader topping many question marks on offense. Jon Hoke was brought in to improve defense as DC. It was a disaster last year, but not as bad as numbers indicate. Hence we look for the Cocks to often offer great value on the UNDER.

While Kentucky at 100/1 and Vanderbilt at 300/1 may offer little interest to the average fan, they present splendid value for top sports services and gamblers from Billy Walters picks on down as the film documents.
Posted by Critical Sports Betting Info at 12:00 PM

So often a square player believes he hits a goldmine in sports betting when he discovers a team or pitcher is substantially better at home than on the road. This may or may not prove to be a significant breakthrough because it may be within the range of the home field advantage already factored into the line. 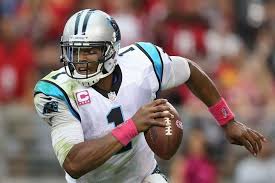 Sharps know that the true find is when a pitcher or squad (in any sport) has a home/road dichotomy that is less than the mean. Such circumstances often isolate great situations to bet with the road team.

In betting with Marathonbet UK of course we have exploited conditions where the public prefers: squads that are much better at home. This is so often the case with young and inexperienced teams early in the season.

But when a hurler or lineup has similar home/road splits and in some cases are actually superior away from home, depending on other metrics, opportunity lies to either invest on them on the road and/or versus them at home.

For example, home field is generally worth three points in football and about the same or a notch more in basketball. Hence the net difference between home and road should be about six points. When betting with Marathonbet global the divergence over a significant number of games is only 1.4 points as an example, we have a highly potential for an angle to further explore.

Let there be no doubt, home/road splits can often benefit betting on hosts, but the deviation must be much more substantial. As an illustration, OffshoreInsiders.com’s Mike Godsey says a two-point difference favoring the road team is the equivalent of a 10-point difference pointing towards the home team in football and approximately in basketball.

Splits that value the road team are less pronounced and sneak under the radar. In addition, they often point towards the underdog, where value more often resides.
Please visit approved sponsor DuffyVideo.com for video montages for Bat Mitzvah and Bar Mitzvahs.

Posted by Critical Sports Betting Info at 10:38 AM