Betting on Baseball is a Good Way to Make Money

Betting on baseball is a great way to win money and when it comes to baseball, pitching is everything. Baseball is the only major sport that has a big variable on a game to game basis. The starting pitcher is different in every game, no matter who many times the manager puts the players in the same position. This decision usually determines the outcome of the game to. Because of this and despite all the odds and amount of games, that betting on baseball can be the best way to win money.
The smart bets to place can often be on the runs and there are always odds assigned to this based on probability. Baseball is predictable and is growing in popularity with sports betting fans. Around $1 billion was wagered in Las Vegas on Major League Baseball in 2016 and it really is a numbers game. It has the longest season and there are games every day so gamblers have more data than they know what to do with. 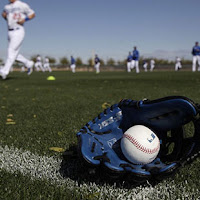 How to Bet on Baseball


The first thing you need to do is understand how the game is played. A standard baseball game has two teams with nine players on each side. They take it in turns to bat and field for nine innings. Each inning consists of three outs for each team. Teams try to score the most runs by circling the four bases on the field.

There are three basic bet types that you must be aware of. These are the money line, run line, and total. The money line bet refers to which team will win the game. Run line betting is the same as the NFL’s point spread bet, and totals betting is where you bet on the total number of runs scored in a game.

Besides analysing the team and player performance, it is also important to consider external factors before placing your baseball bets. This includes the weather and that different stadiums have different dimensions and this can affect how many runs are scored. The temperature and humidity as well as wind speed on the day of the game is another thing to take into consideration.


Below you’ll find our top tips on how to win money betting on MLB. This includes how to select the best bets to give you the highest chance of making a profit.

Posted by Critical Sports Betting Info at 11:19 AM

Posted by Critical Sports Betting Info at 10:53 AM

Posted by Critical Sports Betting Info at 8:36 AM

Posted by Critical Sports Betting Info at 8:00 AM

#1 Ranked Sports Handicapper 2018 and All Time

Posted by Critical Sports Betting Info at 8:12 AM


Back to the #1 MLB service is out of the Mideast US.  Early in the season, they had as good of a run as the MasterLockLine has traced since 1980 and jumped back on top with the early stages of a repeat, hitting 11 straight picks for 13.1 units. Two today
Service out of Rhode Island is bar none the premier run line service on earth over literally almost any long-term period. Four runline winners.  It is all at http://offshoreinsiders.com
Winning sports handicapper intel is sponsored by MyBookie.ag. Get the largest bonus MyBookie offers if and only if you use the promo code, “Duffy.” Plus your support of this info is needed to keep it free! Or click here https://record.webpartners.co/_HMpGcY-4ZyOXrZzxC638nWNd7ZgqdRLk/1/
Free picks on Twitter: https://twitter.com/offshoreinsider
Best sports picks: http://offshoreinsiders.com
Sports betting podcasts http://www.talkshoe.com/tc/80444
Free sports picks http://scoresoddspicks.com/news/
Facebook sports betting group: https://www.facebook.com/Sports-Betting-Picks-176447679075836/
Best sports handicapper: http://youtube.com/offshoreinsiders
Joe Duffy has been featured on multi-media all over the worldas a betting expert. This includes ESPN, Bleacher Report, CBC, CTV, Sports Network,  Sports Hog Radio Arkansas, ESPN Radio Utah, ESPN Radio Illinois, PurpleFTW on PodcastOne, Peristyle Podcast, RawTalkOnline, 107.5 The Rock, Big Man on Campus with Jeff Nadu and Donny Rightside, Peter Loshak and others on SBR, including hosting NFL and NBA shows with Troy West.
Posted by Critical Sports Betting Info at 8:43 AM

Posted by Critical Sports Betting Info at 8:24 AM